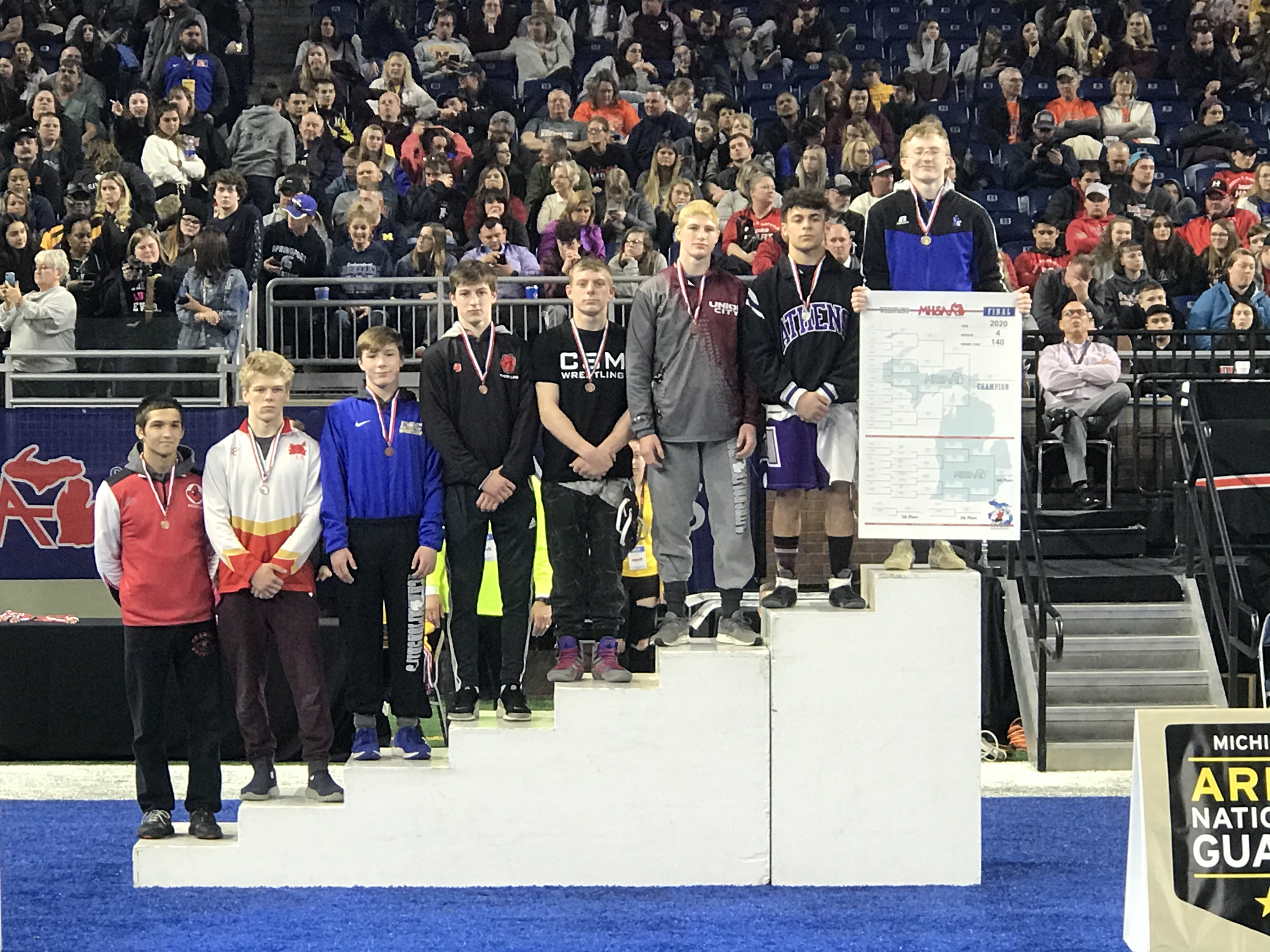 The Addison Wrestling Program wrapped up the high school wrestling season Friday and Saturday at the the MHSAA Individual State Tournament at Ford Field in Detroit.

Addison qualified two wrestlers for the tournament and walked away with Nate Rodlund as the lone All-State wrestler for the Panthers, who placed 5th-place at 140 pounds in Division 4.

Brendan Ford also earned a trip to the tournament for Addison and fell a win short of all-state honors at 130-pounds.