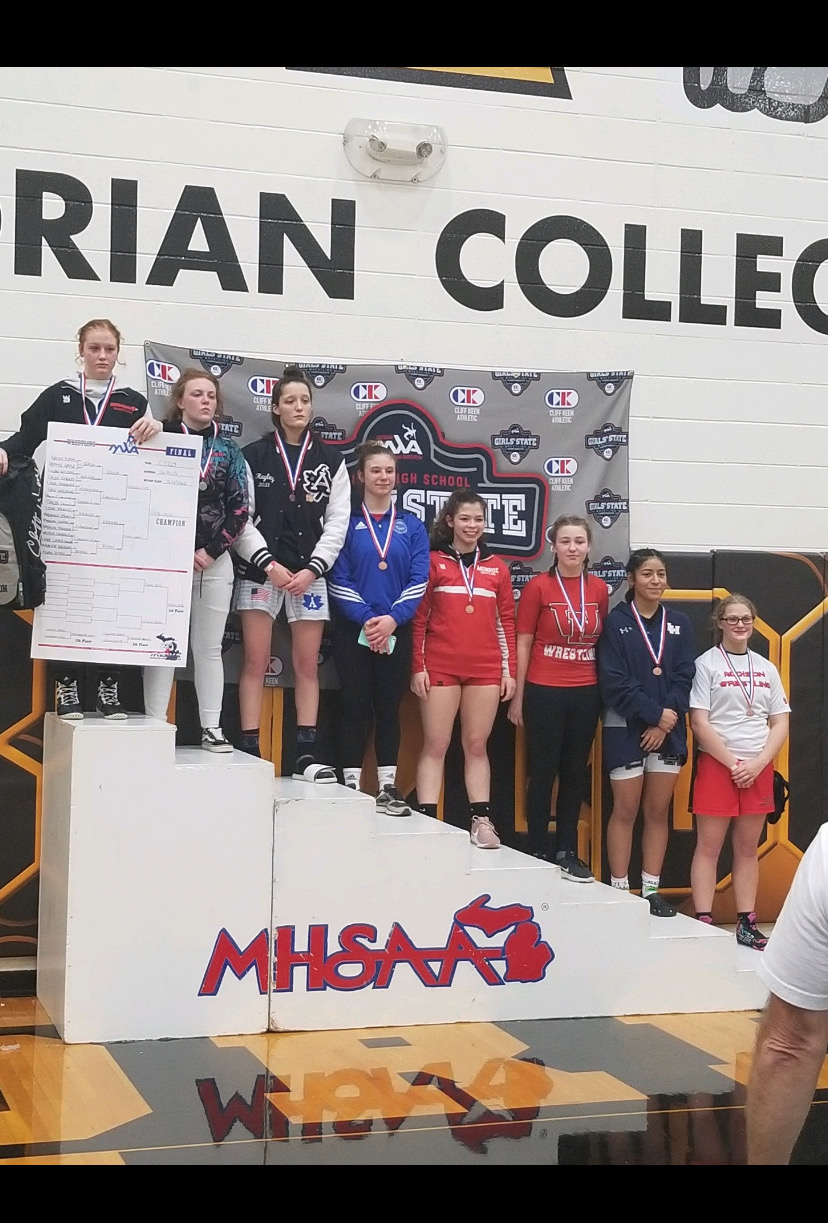 All high school female wrestlers in the state of Michigan were invited to wrestle in the tournament that resulted in over 200 girls competing. Gootee, competing in the 145 pound weight class, would earn key victories over Mount Pleasant’s Aurianna Pratt 7-6 and in the blood round over Stockbridge’s Kalysta Connolly 16-5 to secure a spot on the all-state podium. Gootee would eventually settle for 8th place, losing a close 3-4 decision to Libia Hernandez from Wyoming Lee in the 7th/8th place match.

Gootee, a junior on the team, is the first female wrestler at Addison to win a postseason medal at a state tournament.