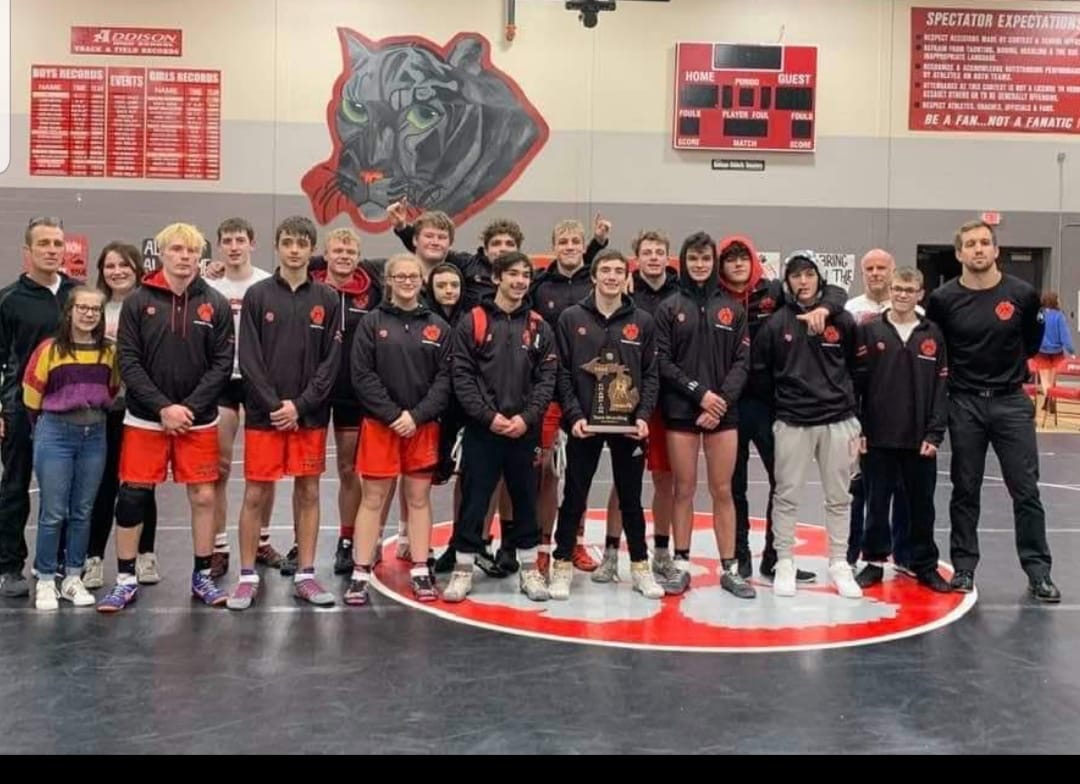 Addison opened up the night with Homer, while Hanover-Horton and Concord matched up in other side of the district pairing. Addison would take care of Homer 60-20, and Hanover would blitz Concord, setting up a highly anticipated rubber match between conference foes, who split their two duals from earlier in the year.

In an exciting dual, Addison would earn a hard fought victory over the Comets 40-27, securing the Panthers a spot in next Wednesday’s (2/19) regional semi-final match against Union City. The other pairing in the region will feature Hudson facing off with Bronson. Wrestling will take place at Hudson High School with a start time TBD.

Next up for the Panthers is the MHSAA Individual District which will be held also at Hudson High School with wrestling beginning at 9:30 am.